What are they systemic mycosis?

Systemic mycoses are fungal infections that affect internal organs. In the right circumstances, fungi enter the body through the lungs, through the intestine, the sinuses, or the skin. Fungi can spread through the bloodstream to multiple organs, including the skin, often causing multiple organ failure and ultimately resulting in the death of the patient.

Patients who are immunocompromised they are more predisposed to systemic mycoses, but can develop in healthy patients. Systemic mycoses can be divided into two main varieties, endemic respiratory infections and opportunistic infections.

Fungi that can cause systemic infection in people with normal immune function, as well as in immunocompromised people, they include:

Fungi that only result in systemic infection in immunocompromised or diseased people include:

These fungi are found in or on normal skin, decaying plant matter, and bird droppings respectively, but not exclusively. They are present all over the world.

Who is at risk for systemic mycoses?

Compromised immune people are at risk for systemic mycoses. Immunodeficiency can result from:

What are the clinical features of systemic mycoses?

The clinical features of a systemic mycosis depend on the specific infection and the affected organs. Infections in people with normal immune function can cause very mild or no symptoms (this is called a subclinical infection). General symptoms of the disease can include:

Invader Pulmonary mycoses usually lead to a progressive dry cough, shortness of breath, pain when taking deep breaths, and fever. These symptoms can progress to the point of being life-threatening. acute respiratory distress syndrome. Hemoptysis (coughing up blood) is also seen sometimes, especially if there is inflammation of the great airways is present.

Bone infection can develop by spread through the blood or rarely by direct spread of ulcer and infected skin. Fever and pain in the affected bone are cardinal symptoms. This would generally be investigated with X-rays, computed tomography (Connecticut) scan and a aspiration through a needle to obtain a sample for culture.

Brain involvement by systemic mycoses has a particularly high mortality. Symptoms that suggest brain involvement include headaches, seizures, and deficits in the normal brain. control about movement or sensation. These are evaluated by CT or magnetic resonance image (Magnetic resonance) brain scans and, if suggestive, may be followed by biopsy of the brain

Inflammation of the tissue surrounding the brain can develop, particularly with candidiasis and cryptococcosis. Symptoms generally include headache, stiff neck, and irritability.

Almost any of the ocular structures can be infected by mycosis. Candida spp. and Cryptococcus spp. they are the most common infectious mycoses. Symptoms depend on which part of the eye is infected, but can include blurred images, dark or black images floating across the visual field, pain, and red eyes.

A variety of skin changes can be observed in association with systemic mycoses. Skin lesions depend in part on which fungus is the cause. 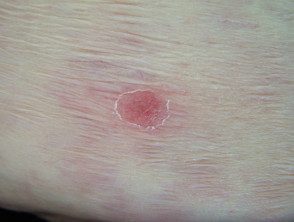 What tests can be done to diagnose systemic mycoses?

The most reliable tests to confirm the infection are the skin biopsy to histological (microscopic) fungal analysis and culture. Blood can also be cultured.

What treatment is available for systemic mycoses?

Once a diagnosis of systemic mycoses has been established, the immune compromise should be reversed if possible, for example, by discontinuing immunosuppressive medications or at least reducing their dose.

the forecast it depends on the immune function of the patient and the degree of infection when treatment is started. Despite treatment, many patients die from their infection.