An ephelis is a freckle, a small light brown or tan mark on the skin.

The plural of ephelis is ephelides. It can be hundreds or thousands of them in exposed skin.

Ephelides are particularly common in Celtic children with light skin. They are not present at birth. People with white skin who cannot tan (Fitzpatrick skin phototype 1) often have red hair and numerous ephelides. Ephelides can also occur in other breeds that have dark brown or black hair.

Ephelides are an inherited characteristic. People with many ephelides have at least one copy of an MC1R variant. gene, which is the same variant that causes red hair. Freckles in non-Caucasians are associated with a different variant of the gene.

the pigment-former cells, melanocytes, they produce more pigment than usual in ephelides. The pigment is packaged as melanosomes and distributed to the surroundings keratinocytes.

What are the clinical characteristics of ephelides?

Ephelides are found in places exposed to the sun, particularly on the nose and cheeks. 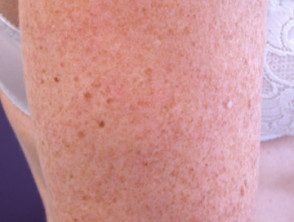 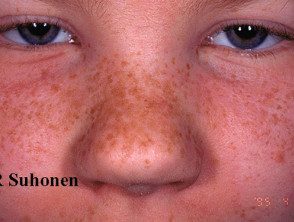 Complications of the ephelides.

How is an ephelis diagnosed?

Ephelides are generally diagnosed clinically. Occasionally, however, the diagnosis is made by a histopathologist after the skin. biopsy of a pigmented injury.

What is the treatment for ephelides?

No treatment is necessary. Occasionally, people seek treatment for ephelides. They may be advised to protect the affected areas using a broad spectrum sunscreen with a sun protection factor of 50+.

How can ephelides be prevented?

Since they are a legacy feature, they cannot be prevented. However, summer darkening can be reduced with careful sun protection.

What is the outlook for ephelides?

Ephelides are particularly prominent in children. They often become less obvious in adulthood.