What is ethnic? dermatology?

Ethnic dermatology is an area of interest dedicated to the presentation, diagnosis and management of skin disorders in patients who have pigmented skin. Also known as skin of color dermatology. [1].

Ethnicity is defined as “the ethnic group or groups with which a person identifies or has a sense of belonging. It is a measure of cultural affiliation, in contrast to race, ancestry, nationality or citizenship ”[2]. Ethnicity is self-identifying and an individual may belong to more than one ethnic group. Ethnic dermatology highlights the importance of genetics, biology, and cultural practices in skin conditions. 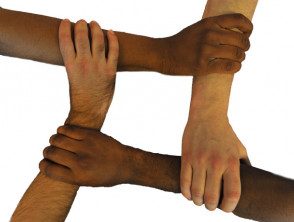 Why is ethnic dermatology important?

The manifestation of skin diseases can vary between ethnic groups and skin colors.

Clinical dermatology emerged as an independent discipline in Europe during the 19th and 20th centuries. [3]. This was a time when anthropologists and philosophers classified human racial groups within a hierarchy, being influenced by the social ideas of the time. [4].

The classic descriptions of skin conditions were based on patients with lighter skin. [1]. Traditional dermatology does not address the social and cultural issues of people with dark skin, which can influence the dermatological presentation and the patient's outlook toward disease, medical care, and treatment. [5].

What are the limitations of ethnic dermatology?

Ethnic dermatology is a non-specific term for a heterogeneous group with dark or non-Caucasian skin [3].

Melanin it is the key determinant of skin color. Eumelanin (normal melanin) and pheomelanin (a red pigment) are synthesized by melanocytes at basal cap of the epidermis. Skin color is dependent on the variation in the amount and type of melanin [4].

Examples of the variation of the dermatological presentation with the color of the skin.

Eczema presents as itchy, dry skin, with erythema visible on fair skin due to dilation of the capillaries.

In more pigmented skin, the erythema is not apparent and is replaced by patches of dark skin color. Inflammation results in the launch of inflammatory mediators that increase melanogenesis by melanocytes, resulting in post-inflammatory hyperpigmentation [3,9].

Skin cancers on skin of color, including melanoma, often present in an advanced stage or atypically with a poor forecast than skin Cancer in lighter-skinned populations [8,10]. 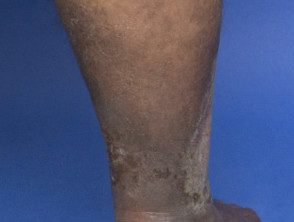 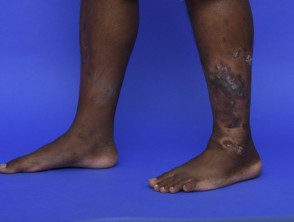 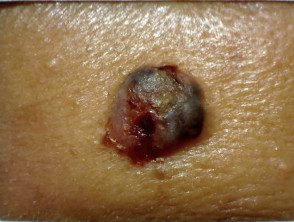 Cultural definitions of beauty vary from culture to culture and are associated with deeply held beliefs within ethnic populations.

Ethnic groups with these beliefs often come from a context of colonization by Europeans, who historically held positions of higher status and well-being compared to indigenous populations. The legacy continues with advertising that continues to promote lighter skin as a standard of wealth, power, modernity and well-being. [4]. In contrast, those with lighter skin may be looking for a tan or disguising their skin color with makeup.

Skin lightening or whitening creams involve the cosmetic use of a range of agents widely available in the Middle East, Asia, South America, and elsewhere sold in ethnic stores and supermarkets, despite legal restrictions in many jurisdictions due to to its serious potential side effects. [eleven].