What is gram-negative folliculitis?

The term "Gram negative" refers to the staining pattern of the organisms at the laboratory. Certain bacteria do not absorb a stain known as a "Gram."

Other skin conditions due to gram-negative bacteria include:

Gram-negative folliculitis is a pustular eruption Acne-like It is often mistaken for worsening acne as it generally occurs in patients with existing acne.

In approximately 80% of patients, gram-negative folliculitis causes superficial pustules with relatively few papules and comedones. These injuries are generally caused by species of Klebsiella, Escherichia and Serratia.

In approximately 20% of patients with gram-negative folliculitis, the lesions are deep, nodular and cyst-I like it. These are caused by Proteus species, which can deeply invade the skin and create pus-filled abscesses and cysts.

Gram-negative folliculitis lesions are generally found around the area of the upper lip under the nose, down to the chin and cheeks. 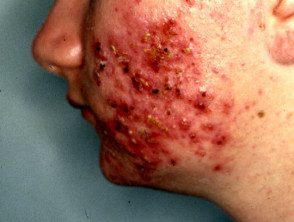 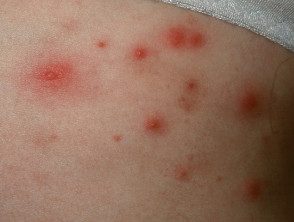 How is the diagnosis of gram-negative folliculitis made?

The poor response of a pustular rash to standard anti-acne antibiotics can lead to the suspicion that an unusual organism may be present. The diagnosis of gram-negative folliculitis is made by microscopy / / cytology. The bacteria appear red or pink with Gram stain.

Bacterial culture Identify which species is responsible for the infection. Bacteria undergo antibiotic sensitivity tests, as this differs between them.

What is the treatment for gram-negative folliculitis?

Folliculitis in the spa pool usually goes away in a few days without treatment.