What is it acute rheumatic fever?

The skin sign of acute rheumatic fever is erythema marginatum.

Who gets rheumatic fever?

ARF generally affects children ages 5 to 15. Most ARI cases currently occur in developing countries. There are an estimated 470,000 new cases of ARF a year worldwide (60% of which eventually develop rheumatic heart disease). In most developed countries, ARF is now rare, with a few notable exceptions; The highest documented rates of ARI in the world are found in Maori and Pacific in New Zealand, Aboriginal Australians, and those in Pacific Island nations.

Rheumatic fever is associated with poverty, overcrowding, and poor sanitation facilities. It is suspected that there genes that make some families more susceptible to the disease.

What are the clinical features of acute rheumatic fever?

Symptoms of ARF usually develop several weeks after an episode of strep throat. However, many patients do not recall having a sore throat. Non-specific symptoms include:

Skin signs in ARF can include: 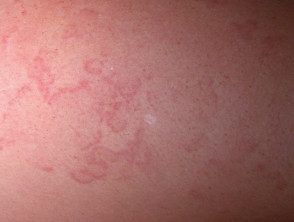 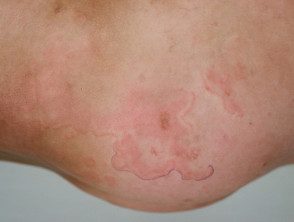 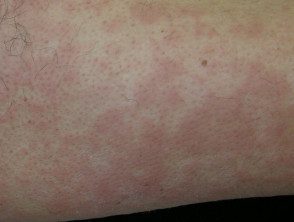 What are the complications of acute rheumatic fever?

How is acute rheumatic fever diagnosed?

The diagnosis of ARF is challenging, as there are no clinical features or diagnostic tests available to confirm or rule out this condition. Instead, the diagnosis is made using the Jones criteria. These criteria require evidence of a preceding group A streptococcal infection, and various combinations of the above characteristic features and other nonspecific clinical features. A detailed explanation of these criteria (and modifications for the New Zealand environment) can be found on the website of the National Heart Foundation of New Zealand.

Tests to confirm evidence of a group A streptococcal infection include:

Other tests used in the evaluation of a patient with suspected ARF include:

What is the treatment for rheumatic fever?

Following a diagnosis of rheumatic fever, it is standard practice to treat the group A streptococcal infection that led to the disease with oral penicillin (although this practice has not been shown to alter long-term outcomes).

Aspirin or naproxen are added to reduce inflammation, fever, and pain. In extreme cases, a corticosteroid such as prednisone can be added.

Can rheumatic fever be prevented?

ARF can be prevented with prompt treatment of group A strep throat, particularly in people 5 to 15 years of age. People with a sore throat and fever should see a doctor. Vaccines are currently being developed and eagerly awaited.