What are gray circles?

In dermoscopy, a gray circle consists of a continuous curved gray line, equidistant from a fixed center point.

What are the gray circles like through the dermatoscope?

Gray circles are seen through the dermatoscope as a thin circular gray line. pigment. 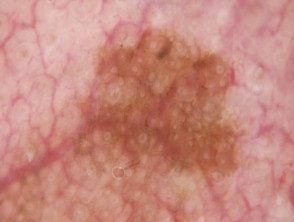 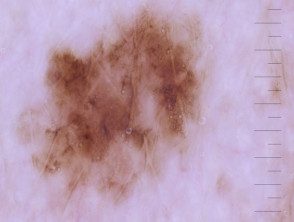 What lesions are gray circles seen through the dermatoscope?

Dermoscopic gray circles are seen in the following lesions:

Gray dots around the hair follicle The openings that form gray circles tend to be thick in LPLK, while in lentigo malignant they are much thinner.

A thin gray circle pattern is the most specific clue for the early facial melanomabut only when pigmentation it is confluent, and not gray dots arranged as circles [1]. The gray circles had a sensitivity of 54.2% and a specificity of 83.3% for melanoma on the face [2]. 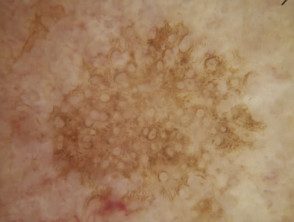 Gray circles seen on dermoscopy of a facial solar lentigo. 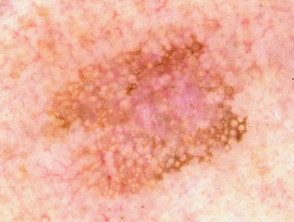 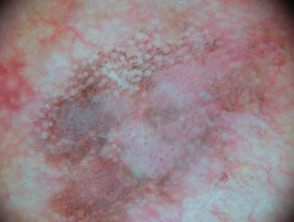 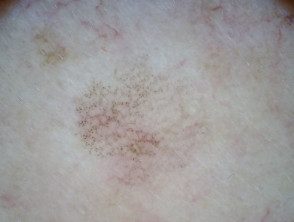 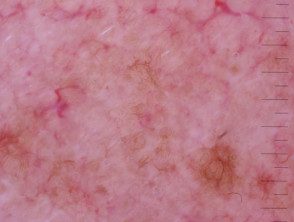 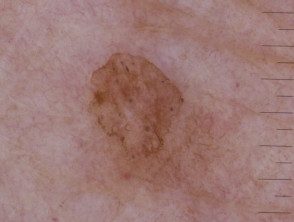 Gray circles in a solar lentigo 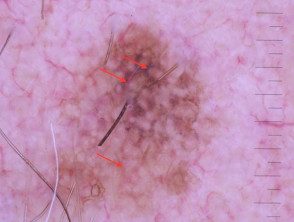 Which is the histological explanation of gray circles?

The circles on the skin of the face reflect the prominent hair. follicles with otherwise associated pigmentation without features epidermis. Pigmentation may be within the epithelium giving gray circles on melanophages around the hair follicles resulting in circles comprising gray dots. It may also involve the intervening epidermis by giving gray circles on an unstructured brown background. It should be noted that unpigmented follicular openings do not constitute a circle pattern. [4]. 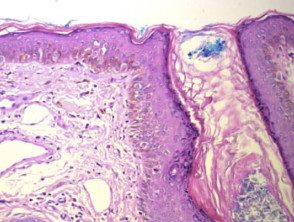 The gray circles correspond to pigmented melanocytes within the follicular infundicle. 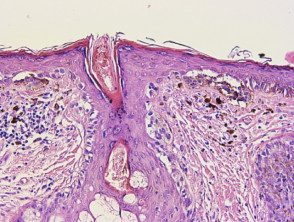 The prominent peripheral follicles are seen as gray dotted circles. 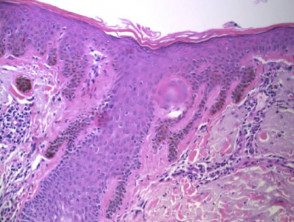 Involvement of the follicular infundibula shown as circles on dermoscopy 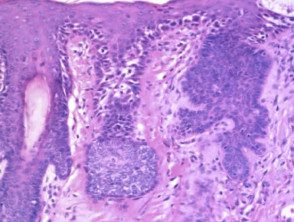 The involvement of the follicular infundibula is shown as circles on dermoscopy.