What is it lymphoma?

Lymphomas are cancers that develop in the lymphatic body system. These cancers form when there is abnormal and excessive growth of B lymphocytes and T lymphocytes at lymph nodes and other parts of the body. There are many different subtypes of lymphoma, classified as Hodgkin lymphoma and non-Hodgkin lymphoma (NHL).

What is Hodgkin lymphoma?

Hodgkin lymphoma is a B-cell lymphoma characterized by a tumor cell called the Reed-Sternberg cell [1]. These are large abnormal lymphocytes with multiple nuclei found in the histology of the affected lymph nodes. 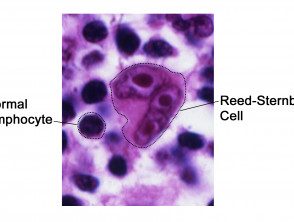 How is Hodgkin lymphoma classified?

There are two different types of Hodgkin lymphoma according to the World Health Organization (WHO) Classification of hematopoietic and hematopoietic tumors. Lymphoid Fabrics [2]; these are:

Who gets Hodgkin lymphoma?

Hodgkin lymphoma is a relatively rare disease, accounting for approximately 0.6% of all cancers diagnosed in the developed world annually.

Hodgkin lymphoma is caused by a change in the DNA of a B cell lymphocyte. This mutation causes a lot of abnormal and large B cells accumulate in the lymphatic system and, over time, spread to other organs. It is not clear what causes the DNA mutation.

What are the clinical features of Hodgkin lymphoma?

Hodgkin lymphoma usually begins within a single lymph node and then progresses to nearby lymph nodes through lymphatic channels before spreading to distant sites and organs [8,9]. It usually presents with painless inflammation of the superficial lymph nodes (in the neck, armpitor groin) or as an asymptomatic mass seen on a chest x-ray.

Some patients present to their doctors with nonspecific or "B" symptoms. They may have one or more of the following symptoms:

Occasionally, patients may present with symptoms and signs that reflect organ involvement in the disease, such as: 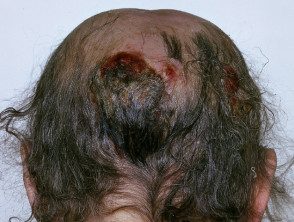 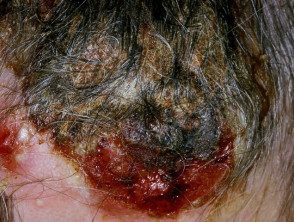 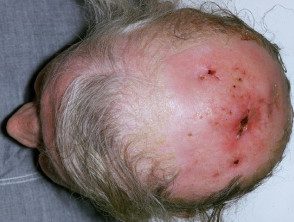 How is Hodgkin lymphoma diagnosed?

A complete medical history and physical examination is the initial step in the diagnosis of Hodgkin lymphoma, which is confirmed by the presence of Reed-Sternberg cells in the pathological examination of a lymph node biopsy [8].

Which is the differential diagnosis for Hodgkin lymphoma?

Any disease that occurs with enlarged lymph nodes with constitutional symptoms, such as fever and weight loss, should be considered in the differential diagnosis of Hodgkin lymphoma. [12].

What is the treatment for Hodgkin lymphoma?

Treatment for Hodgkin lymphoma may include [12]:

Chemotherapy involves taking oral tablets or injecting the medication into a vein or muscle, depending on the type and stage of the cancer being treated.

Radiation therapy can be used to treat solitaire or located Specific skin lesions For a pregnant woman with Hodgkin lymphoma, radiation therapy should be postponed until after delivery, if possible, to avoid any risk to the fetus.

Non-specific skin symptoms can be treated with:

What is the result of Hodgkin lymphoma?

Hodgkin lymphoma can usually be cured if caught and treated early. the forecast Hodgkin lymphoma has improved in recent decades, with a current 5-year survival rate of more than 80%.

The prognosis largely depends on the following: